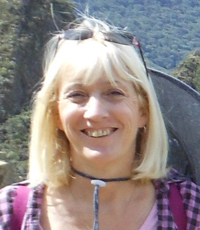 Heather Smith graduated with an Honours degree in Applied Biology in 1975 and began her career as a research scientist in Drug Metabolism with Professor Roger Williams at the Liver Unit, King’s College Hospital. She worked in this field for 10 years during which time she gained experience in a wide range of laboratory techniques and co-authored 12 publications. In 1985 she accepted the post of Senior Biochemist in Viral Hepatitis in the Liver Unit, King’s College Hospital and was promoted to Consultant Clinical Scientist/Head of Viral Hepatitis Diagnostic Unit in 1999. She worked there until June 2007 by which time she had been involved with over 50 research papers in Viral Hepatitis and had co-authored a book with Dr Christopher Tibbs, "Clinician’s Guide to Viral Hepatitis".